Can You Hear Me?

PRODUCTION STATUS: DEVELOPMENT
Inspired by true events: Not a Rags to Riches story – It’s a Riches to Salvation story!

Logline: A rapper’s celebrity world of money, fame and glamor is turned upside down when an innocent fan is murdered.

Abandoned by his mother, DANTE was raised by his devout Christian grandmother EMMA. Ashamed of being
poor, Dante was captivated by the “gangsta” rappers he watched on TV. The fame, the fans, the popularity, money, and
cars–Dante wanted it, all of it. Signing with DERRICK“DETROIT” WALLACE, a multi-platinum record producer with a notorious reputation, Dante shot to stardom. It seemed Dante had finally achieved everything he’d dreamed of. But now, at the pinnacle of success, living the celebrity rapper life with all the money, fame, status, and reality-TV star girlfriend VALERIA to boot, Dante’s life is empty.

“CAN YOU HEAR ME?” is an intimate look into the life and heart of a hip-hop artist whose world of money, fame and glamor is shaken to the core when he realizes that he has a higher calling in serving God through his music. 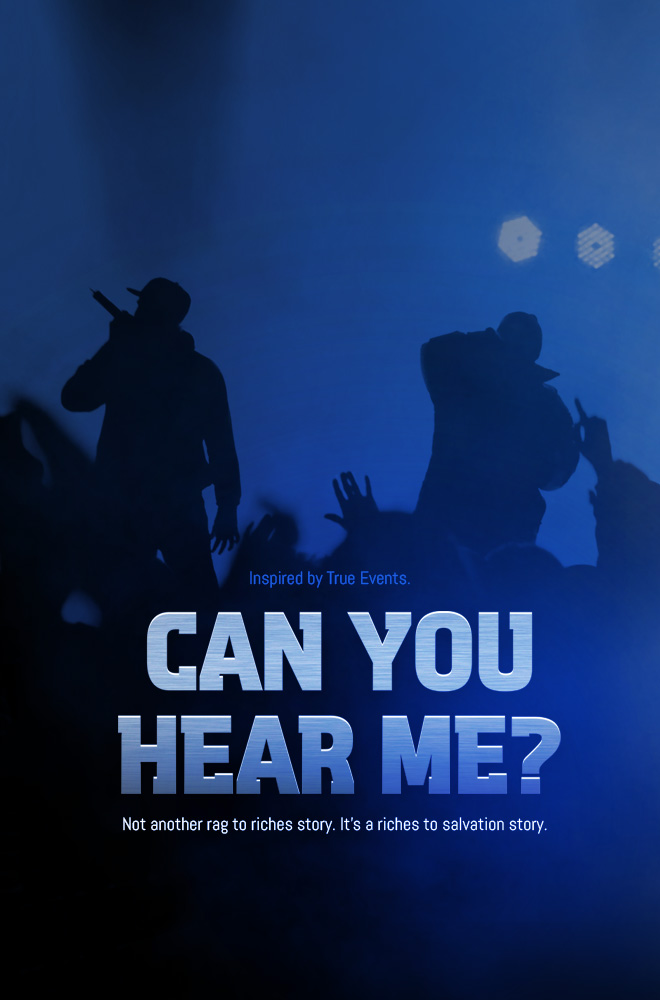